skip to main | skip to sidebar

INTRODUCTION TO MY MAGICAL WORLD OF GLASS:

I was born in Slovakia, where in 1969 I completed a degree as Sculptor and Glass designer in architecture at the University of Fine and Visual Arts in Bratislava. The University’s focus was to allow the sculptors to express their feelings in the purity of the form and materials.

Between 1969 and 1980, I worked in Europe as a freelance artist on different projects commissioned by state by state and private organisations. I specialised in monument sculpture and architectural supplements and my works can be seen in the City of Bratislava Museum. During this time, I participated in various European competitions and group exhibitions.

I migrated to Australia in 1981. I started to work in Adelaide’s Jam Factory – a renown glass studio. Individually and as a part of group, I participated in numerous glass exhibitions.

In 1985, I was a co-winner of Battle of Vinegar Hill Memorial design competition. Designing a large scale memorial sculpture located in Sydney.

In 1989, I completed a stained glass window for Drummoyne Public School – a bicentennial project.

Between 1990 and 1998, I produced 55 stained glass windows, life sizes bronze statue of Cardinal Stepinac and designed a village chapel. In 1994, I received high recommendation at the Royal Easter Show,

In 1999, I completed a project called “The Birth of new Millenium”.

During 2001-2002, I completed 8 huge stained glass windows in the Greek Orthodox church of the Assumption of the Virgin Mary in Sydney.

Between 2002-2004, I worked in St Elias Antiochian church in Wollongong, where I designed and completed 10 large stained glass windows.

I have participated in many exhibitions also in Australia, notably at the Royal Easter Show, Royal Blind Society, Parliament House in Sydney, Darling Park and Hotel Renaissance in Sydney – to mention a few.

I am a member of the Sculptors Society of NSW.

I am interested in all forms of modern glass sculpture and welcome project enquiries from all over the world. Please feel free to contact me via email or my mobile +61 402/044 096. 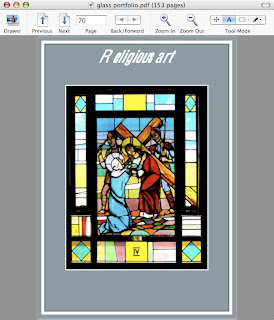 An example of my recent stained glass window project
Posted by Ivan Polak - Glass Sculptor at 6:10 PM No comments: 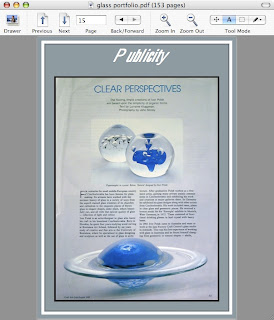 Some wonderful publicity for my work!
Posted by Ivan Polak - Glass Sculptor at 6:09 PM No comments:

Birth of the new Millenium 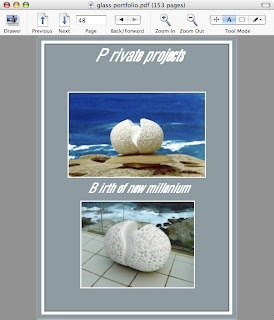 My contribution to the new millenium!
Posted by Ivan Polak - Glass Sculptor at 6:08 PM No comments: 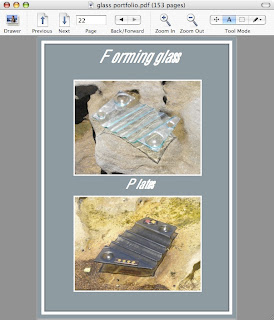 Samples of my recent work, inspired by the Australian beaches
Posted by Ivan Polak - Glass Sculptor at 6:00 PM No comments:

Ivan Polak - Glass Sculptor
Sydney, NSW, Australia
I am enjoying life in sunny Sydney with my many friends. I prefer happy, positive and intelligent company of like minded people. Sharing a great meal and a good bottle of wine gives me particular pleasure. I like to mix with people of all nationalities and exchange various ideas with them.